~ Tales from a mysterious, melancholy, and meaningful forest.

Here among the trees, Time was a pure thing. Every single entity housed inside this rich and evergreen canopy heeded this moment to breathe in a swell of vital livelihood. It would do well for us to notice what is transpiring here and now.

It all started with the light, the air, the water. It streamed in, breaking through the canopy. It permeated the inner paths with possibility. It swelled along avenues to growth, whetting a world’s unknown appetite for animation. The vestiges of the towering pillars now imbued with life reached down into themselves. From them, all other life spawned — in a reciprocal exchange of life-giving and life-taking winds. With them, meaning is ingrained to all that will follow. From the highest timbres of reflection, myths are synthesized; mystical mysteries are masked under the shade of these amaranthine giants. Silent, and yet, a story is told.

Multidinous critters scurry amongst the flooring, along & inside the trunks, striding atop the boughs, soaring amidst the reach — awakening and searching and surviving and expiring. What goes unseen is what is most active. All manner of movement directing the motions of the screenplay, the scripts are infinitely rewritten amongst changing casts. Characters borne of harsh circumstance persist undaunted unto severe conditions of omnipresent death-dealers. Every single thing is firmly on the verge of annihilation. The swirling copses of rugged existence mist with the equanimous spans of ambiguity. It will likely not survive, but it must try. Herbs taken in by the herbivorous. Meat consumed avariciously by the carnivorous. Omniscient material occupied momentarily by the omnivorous. Matter transferred through engines of destructive and decisive movement and growth. There is no rest and there is no recourse. These trees dwell in swirling chaos as much as the movers; they just have the simple perspective of longer and more stationary horizons.

Among the foliage and the ferns and ripe vegetation, every thing moves in unison. All are dancing to the tunes of an environment in flux, constantly adapting and adjusting, by design. The reaction of the plant matter consumed is to use the vessel of the consumer as a voyage to spread life further out among the zones of possibility. The predators feed on the meek escapists. The death leading on from a failed escape completes a work of grand, yet steady, orchestration upon the canvas of the entire species. Defenses are erected in their instincts and within their blood; to be carried forward deoxyribonucleically, a permanent fixture in an impermanent landscape. The hunters wisely respond in kind, but in taking the same temporal courses. The battle for supremacy is one of adaptation. Actions and reactions lead to hard-fought survival. There is no supremacy, there is balance. An eternally rocking beam of biological give-and-take. Death itself being the greatest tool within this natural war, the seedlings and creatures of the woods learn to live within razor-sharp margins. Mighty centuries stand above and below standing witness to these cycles bearing out the majesty of life.

Something common runs through it all. The natural world is a continuous and consistent self-restoration borne of self-designed, self-correcting organisms running up against the other cells & components within the system. Life here is an experiment run amok; let us consider our notes we can’t help but scribble in the meantime. The branching pathways of carbon have given way to terror & beauty & the illustrious paradigms of what it means to be. The truth is that The Forest is the greatest storyteller we have. Inside its wooded pathways are the footfalls of an endurance immemorial; its own consciousness is carried in the producers, consumers, and existent elements of its place here, transpiring in ceaseless contemplation.

Wild realms of growth decaying into the eternal cycles of this earth give over something to a respectful observer. It is an exactitude, a Truth, whether we see it or not — it is there and it will continue being there. In our examination we are awed and received a blueprint, a scene with which to overlay our own uncanny philosophies. From the seeds of this evolutionary domain, we emulate our own systems. For we are part of this same system. The sooner we realize this, the better we can proceed. ~

A Story In A Single Image: 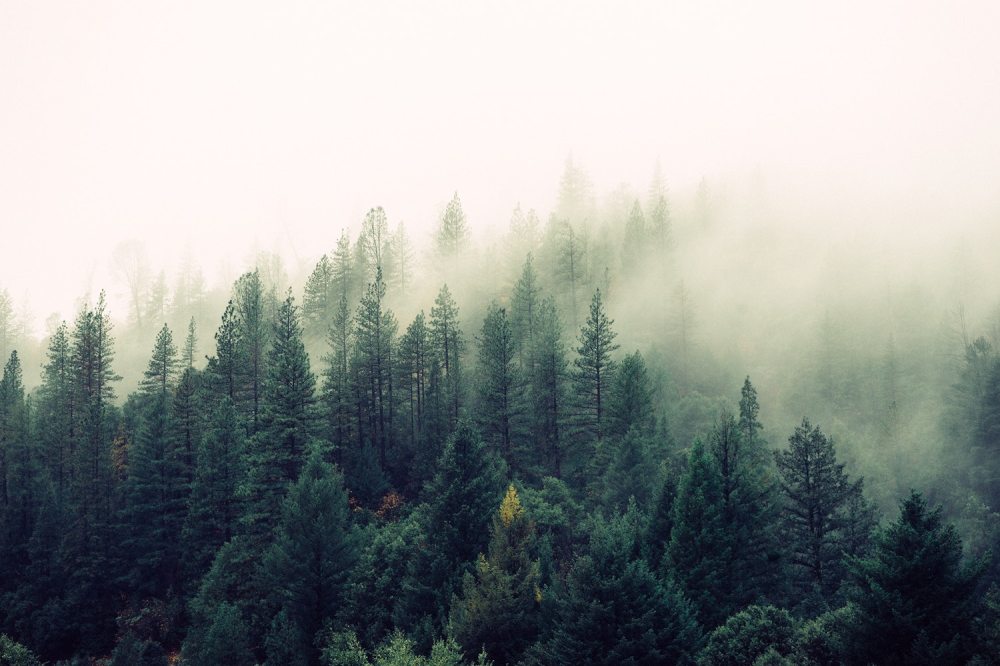