Thesis:
Third-person action game, take control of an alpha predator in the exploration of a mythic island where Man and beast wage war for control of the wilderness.

Settings:
Sandbox open world environments that serve as hunting & battlegrounds for the various packs of alpha predators. Near future / hi-tech civilization, terra planet, humanoid population encroaching on the jungles in the search for knowledge & harvest of natural resources. The island is inhabited by ancient species making up a vividly realized and extremely volatile ecosystem. Each of the predators and other animals in the forest have their chosen regions and domains. The humans reside within scattered settlements and outposts, conducting research, hunting animals, and seeking to explore / exploit the island’s resources for their assorted nations back on the mainland. 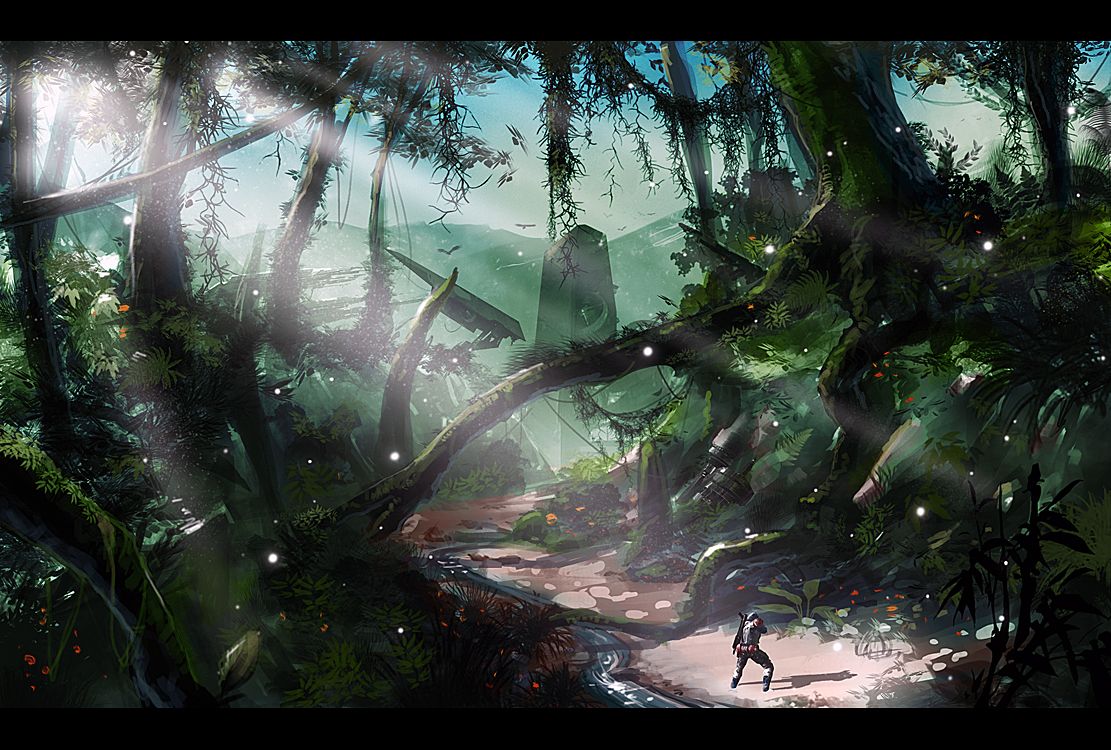 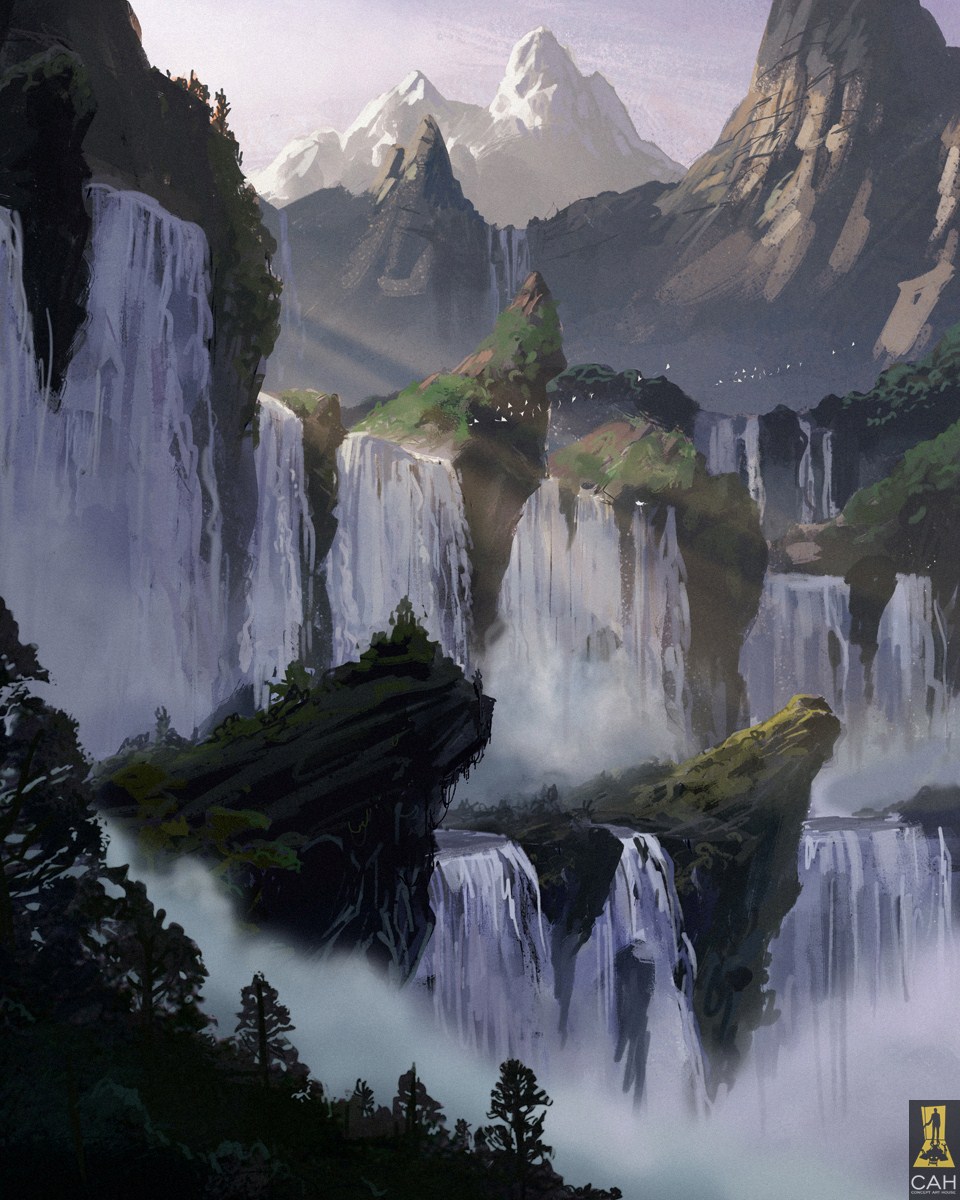 Gameplay:
Game progression involves growing the creature into adulthood over time while scavenging for food, fighting for dominance of the jungle with the other animals, and hunting humans that enter your domain.

Endgame:
Learn the ways of the wilderness – survive, adapt, evolve / Rule the jungle / Form clans and wage war against the other predators for dominion / invade the human regions

Each alpha predator has special abilities and methods of coordination with packs or the environment. The wilderness environments and human structures are procedurally generated, complete with a day / night cycle. Over time, as your predator grows into full adulthood and eventually advanced stages of evolution, the human presence will expand more and more into the natural habitats, increasing their contact with the alphas.

AI:
The human and other animal / predator NPCs within the environment will operate in their environments doing what they are instinctually primed to do. Once each has encountered your predator(s), their behavior adjusts to compensate for the threat. Humans will begin patrolling known predator hunting grounds and setting traps to try and capture / kill predators. Other predators will begin to fight you for territory.

Weather & Landscape:
The weather operates on the island much in the same way that the ecosystem does, with occasionally extreme danger to all who inhabit the island. It is constituted by capricious volatility. Choosing to hunt in adverse weather presents certain challenges and opportunities. It might be easier to pick off distracted humans in the hard rain, but risk injury if climbing or running. Snow & cold will slow your predator down, but can be used to conceal yourself or traps / weapons / ambushes. Extreme heat burns the alpha’s energy faster, as well as your prey’s. Wind will affect the use of traps and weapons. Easier to hunt in stealth at night but also difficult to see if alpha does not possess the sensory capabilities to excel as a night hunter.

Attributes:
Dictate each predator’s prowess in battle and in the hunt:

Energy & Health:
All alpha predator movement is governed by Energy. Predators can move slowly, in a sneak, for the purposes of stealth. It burns the least energy. Each predator is more or less effective at it, but they can all attempt to sneak up on their potential prey. Normal movement is faster than a sneak, but not as fast as the sprint; it burns a commensurate amount of energy between the two. Sprint burns energy the faster but allows your predator to move the fastest. An attack launched from sprint, depending on the alpha, is the most devastating and can produce the most damage to animals, humanoids, and structures / vehicles.

Each predator has special abilities that allow them to overcome the challenges of survival in the jungle and effectively hunt the humans.
Wolf
Cat
Bear
Reptile
Ape

Experience governs the progression of the alphas throughout the game. Each predator can gain up to 20 levels, each coming up with energy + health + damage increases, ability increases and size increase. The predator gains experience by eating, learning to hunt, exploration of the environment & discovering new locales, defeating other predators / creatures, allying with predators / creatures, working with & protecting the pack, toolmaking & building shelter, retaking wilderness from human presence.

Instincts are intangible milestones achieved throughout the game’s progression. The more your predator learns of the island, your ancestors, and the history of both, you are granted instincts which allow for even greater powers in exploration & hunting & combat.
Example instincts for each predator type:

Evolution. Over time as your experience grows and you level up your predator in the game, you come to lead your pack or group, and are granted additional boosts to your size, abilities, and overall predatory effectiveness. The appearance of the predator will change in this way over time and will be granted additional abilities to use. For each predator there are a total of 3 evolutions.

Primary game mode is single player campaign, in which the chosen predator is born into a random jungle spot, with varying surrounding resources and points of interest, within a procedurally generated world. The jungle is populated with the other clans of predators and other random creatures to serve as prey and as adversaries to your alpha predator. The game’s progression is as follows:

Stage 1 — Opening of the game as an infant predator. You hunt smaller prey and grow. Learn the ways of survival and hunting from parents and siblings of the clan. (Except for the Reptile, which is left alone after hatching and must learn to survive alone.) This period serves as the tutorial, where the player is given the chance to learn the basic mechanics of hunting and the specific traits of the chosen predator. The player predators gain experience and level up. The player can choose specific abilities, traits and attributes to focus on and improve.

Stage 2 — As you learn the game and your predator grows in size, the different types of missions are introduced and become playable:

Stage 3 — The predator, now fully grown, can activate its advanced levels of evolution, growing in power for the final portion of the game, at enhanced difficulty levels. The final missions involve the most challenging opposition from other predators and humans. At advanced stages, each of the predators changes drastically in appearance and gain new & powerful abilities. These powers give the predators the ability to compete with the technologically superior humans and new enemies such as special operatives, snipers, robotic predators, and mechs.
The advanced form abilities include:

In the cooperative multiplayer mode, players can enter your own custom procedural game world from single player mode and join the player on any missions, working cooperatively to complete them at an adjusted difficulty.

In the competitive multiplayer mode, players can all join sandbox maps and fight one another in a battle royale-esque locale with their predators in Alpha Duels or Alpha Wars, alongside the other jungle creatures and human populations as third party threats.

In Human / Survival Horror mode, can choose to play as a human scientist, security, or hunter and brave the wilderness against the alpha predators in a research outpost. Same general rules as campaign mode: dropped into an outpost, procedurally generated surrounding environment. Can go on excursions, hunts into the wilderness, gain levels and knowledge about the predators. You will certainly die. No saves, one life to live. 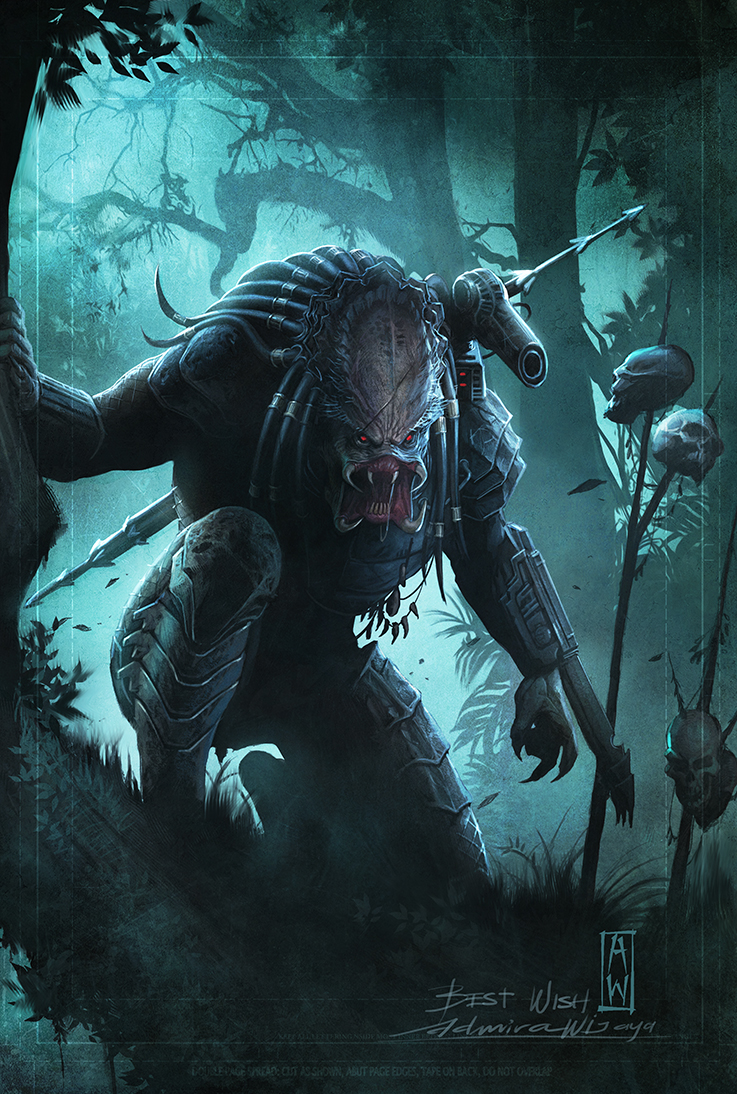